PokemonGO was released two weeks back and its already making names all over the world. Last weekend Pokemon was targeted by a group of hackers named “OurMine” took the site down with massive DDoS.

The users might have had difficulty logging to the Pokemon and the company displayed the messaged a below. In a post of Ourmine , the group wrote: “No one will be able to play this game till Pokemon Go contact us on our website to teach them how to protect it!”

The group said they will not stop the attack till Pokemongo contacts them. With more than 26 countries added to the game, the company has been struggling to keep the servers up and running to keep up with the traffic from all over the world. 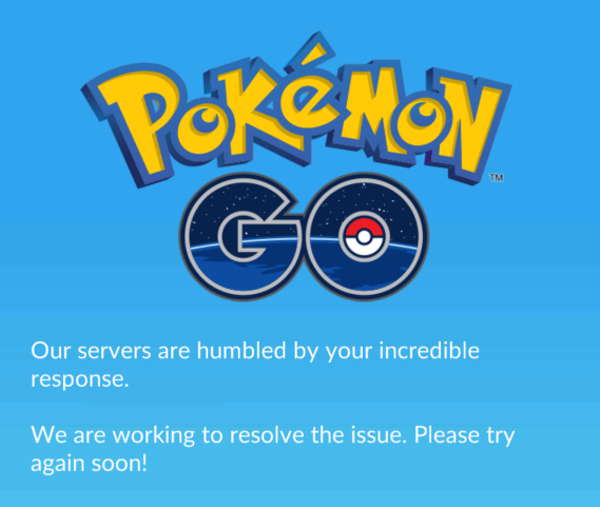 One of OurMine member told TechCrunch that he or she is part of a three-person group of teenagers and that the team is trying to spread the word about security. Whether they’re hacking Twitter accounts or DDoSing Pokemon Go, the group insists that it’s just promoting stronger security and that, if it didn’t hack celebs and DDoS popular games, someone else would. While that’s probably true, OurMine isn’t necessarily a Good Samaritan group — it charges anywhere from $30 – $5000 for its services. “We don’t want other hackers attack their servers, so we should protect their servers,” the OurMine member explained.