Its not even 24 hours after celebration of New Year and hackers have taken a toll on Microsoft’s Skype social platforms demanding to stop spying.

The tweet said “Don’t use Microsoft emails(hotmail,outlook),They are monitoring your accounts and selling the data to the governments.More details soon #SEA“.

Microsoft Skype re-gained back its access to its accounts and it redirected its blog url to homepage of skype.com 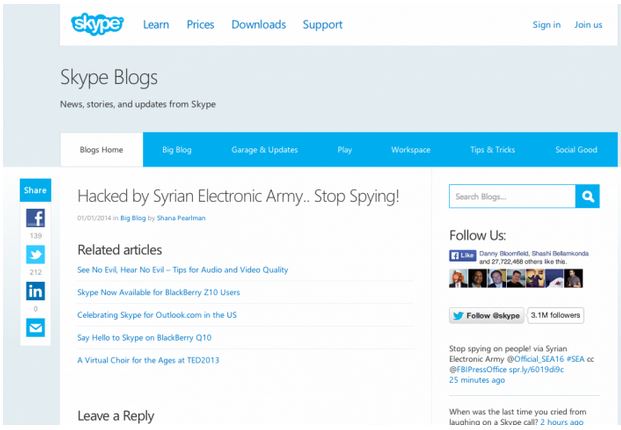 “Like other widely used Internet communications services, Microsoft-owned Skype has been swept up in the surveillance controversy unleashed in mid-2013 by former NSA contractor Edward Snowden. Leaked slides from the US National Security Agency reportedly have revealed that Skype has installed a “back door” that enables monitoring by governments of Skype video and audio calls, and officials in Luxembourg, where Skype is based, are said to be investigating whether Skype has shared information on its Luxembourgian users with the NSA.”  says CNET reports

“Many tech companies, including Skype’s parent company, Microsoft, have taken steps to refute claims that they have been cooperating with the government” says the nextweb

The link that  compromised Microsoft’s  Skype’s blog, Twitter account andFacebook page  Pic above from the nextweb blog.  Skype’s facebook is not available at this point and the screenshot can be seen below. 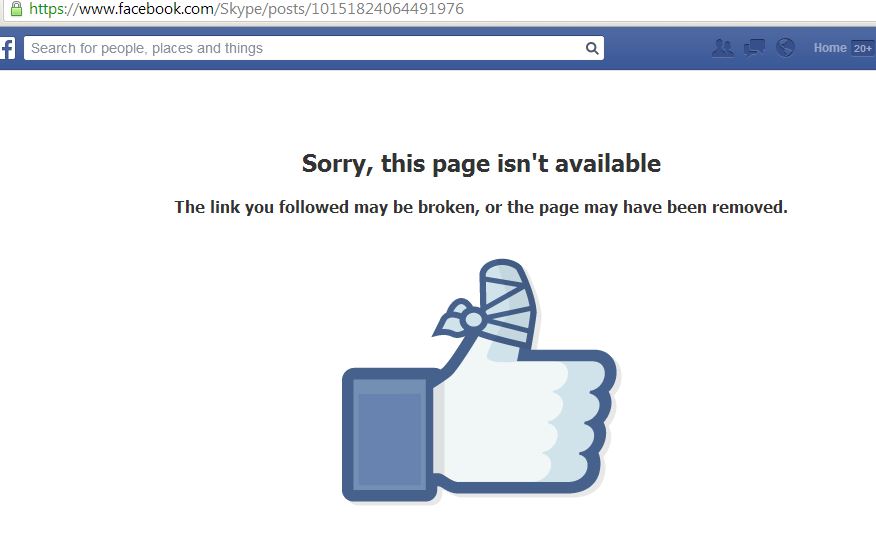 Later on January 1st 2014, Skype responded to CNET’s request  “. “No user information was compromised.We recently became aware of a targeted cyber attack that led to access to Skype’s social media properties, but these credentials were quickly reset,” a spokesperson for Skype said in an e-mail message