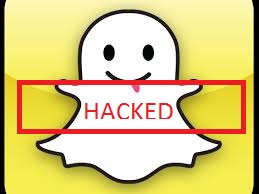 Recently we published an article of Snapchat vulnerability which was not patched and this was on the news for a while. With start of 2014, hackers targeted Snapchat and exposed 4.6M phone numbers and usernames online at snapchatdb.info.

If you are one of them then you may check at http://lookup.gibsonsec.org/

SnapchatDB, an unofficial site run by an anonymous individual or group, allows open access to two files — one an SQL dump, one CSV text — that show details of the photo-sharing app’s users alongside their location. says theverge

The phone numbers that were revealed were not quite complete. SnapchatDB reportedly blocked out the last two digits in a small, but likely incomplete, gesture toward preserving users’ privacy.

Its clear with the prior history, snapchat did not take users privacy into consideration. Often they denies or always given a post assuring all information is safe and they have secured their network.  Even after their blog post in response to a Australian researcher, Snapchat did not take any serious action.

Lookup.gibsonsec.org have recommendations for if you were a victim.

If your data has been leaked, don’t freak out! There are a few things you can do if you’ve been affected.
First and foremost, you can delete your Snapchat account here – sadly, this won’t remove your phone number from the already circulating leaked database.
If you feel that you’d rather unscrupulous entities not potentially have your phone number, you’re free to contact your phone TelCo, and request that they give you a new number. If you detail the breach, they’ll almost certainly give you a new one.
Lastly, ensure that your security settings are up to scratch on your social media profiles. Be careful about what data you give away to sites when you sign up – if you don’t think a service requires your phone number, don’t give it to them.