A new version of the Zeus trojan, all time favorite of criminals for financial fraud has been used in attacks on over 30,000 electronic banking customers in Europe, infecting both their personal computers and smartphones. The sophisticated attack is designed to circumvent banks’ use of two-factor authentication for transactions by intercepting messages sent by the bank to victims’ mobile phones.

The malware and botnet system, dubbed “Eurograbber” by security researchers from Check Point Software and Versafe, was first detected in Italy earlier this year. It has since spread throughout Europe. Eurograbber is responsible for more than $47 million in fraudulent transfers from victims’ bank accounts, stealing amounts from individual victims that range from 500 Euros (about $650) to 25,000 Euros (about $32,000), according to a report published Wednesday (PDF).

Netsec complied this into 10 stages, starting with an initial infection by a modified version of Zeus: 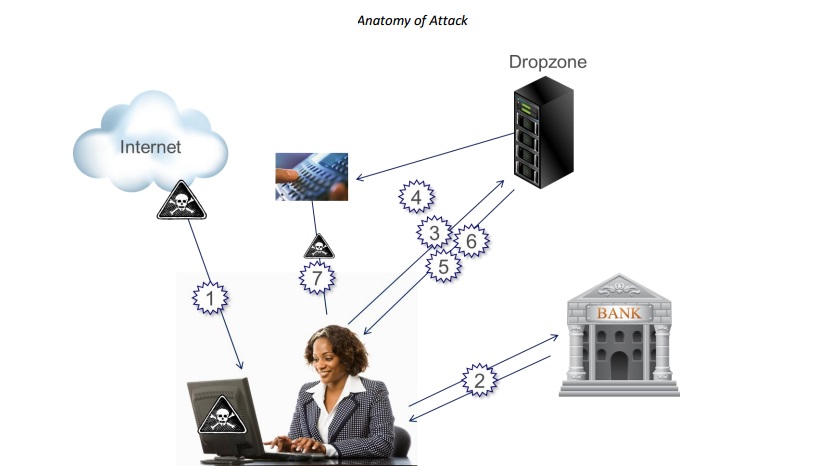 The future of cyber attacks are becoming very sophisticated and the whole internet landscape has changed with increased security over time.