This time Syrian Electronic Army has targeted Forbes for the big hack day. SEA published the hack on Friday, showing several screenshots of the WordPress admin panel backend of the Forbes.com website.

SEA  said in a tweet that more than one million user e-mails and passwords were stolen and it will be published.  The forbes says the passwords are encrypted however as safety measure they recommend to change the password.

Forbes.com was targeted in a digital attack and our publishing platform was compromised. Users’ email addresses may have been exposed. The passwords were encrypted, but as a precaution, we strongly encourage Forbes readers and contributors to change their passwords on our system, and encourage them to change them on other websites if they use the same password elsewhere. We have notified law enforcement. We take this matter very seriously and apologize to the members of our community for this breach. 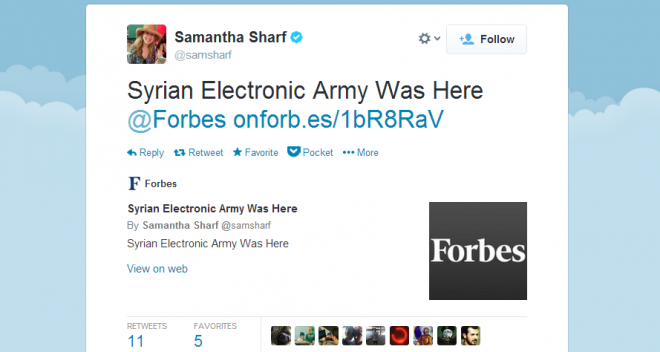