Syrian Electronic Army targets ebay UK and Paypal – UK today for defacement. SEA provided the confirmation of hack on Twitter, with an example of what appeared to be PayPal.co.uk’s website followed up by a  tweet labeled “Internal Paypal communications confirming penetration”

The technicality of the breach is unknown but the attack appears to be very sophisticated to breach the banking standards of paypal and none of this has been disclosed yet.

The breach was confirmed to zdnet by PayPal via email, “PayPal’s Sr. Director of Global Initiatives notes that the problem was limited to marketing pages in the UK, France, and India redirecting, that it has been resolved, and no user data was compromised.“

Syrian Electronic Army Twitter further confirmed that the attack on paypal was strictly political and not intended for any harmful or theft of data ” Rest assured, this was purely a hacktivist operation, no user accounts or data were touched.“

“For denying Syrian citizens the ability to purchase online products, Paypal was hacked by the #SEA.”

Zdnet  media says “PayPal UK offers a donation page for Syrian relief efforts, but the country is not on its page of supported countries.PayPal does not support use of its services in Syria — this also affects eBay buyers — and it is widely considered that Syria is held on a blacklist of omission that includes dozes of other countries including Afghanistan, Haiti, American Samoa, Cuba, Pakistan, Libya, Sudan and many more.” 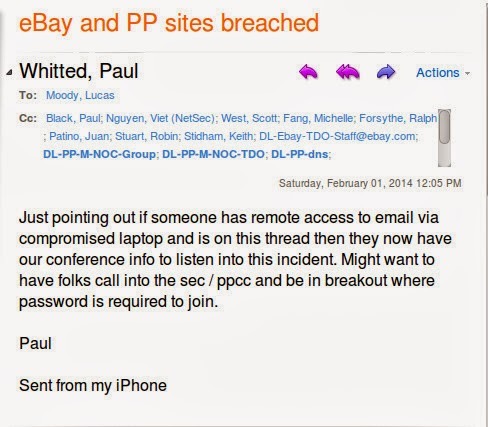