Microsoft twitter handle got hacked again by the Syrian Electronic Arm yesterday. While Microsoft is still recovering from its past weeks hack , they are thrown under the bus with a new hack again. Its pity that Microsoft being the leader in digital crime prevention has not taken any steps after the previous hack to prevent this kind of compromise.  The intentions of Syrian Electronic Army appear to have no direct rival with the company but they are not happy about possible Microsoft’s involvement in sharing information with US and other government internationally. as per the Tweet 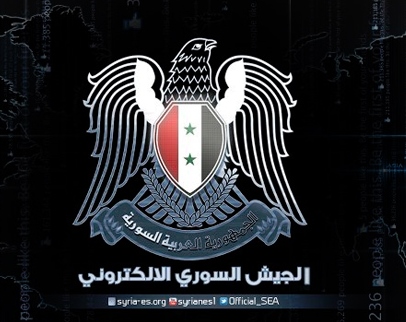 Microsoft is monitoring emails accounts and selling the data for the American intelligence and other governments.

And we will publish more details and documents that prove it.

Microsoft is not our enemy but what they are doing affected the SEA.”

The tweet started as a retweet from @Official_SEA16 during the last attack: “Don’t use Microsoft emails(hotmail,outlook),They are monitoring your accounts and selling the data to the governments.”

The following tweet was the same message coming from @MSFTNews. Screenshot below shows more.

The group posted  screenshots of internal communications between Microsoft’s public relations team and Steve Clayton, the manager of Microsoft’s corporate media platforms. The below email was from SEA, showing they had access to the inbox of the users and claims to be one of the infected computer. The authenticity is unknown yet but Microsoft has remained silent. 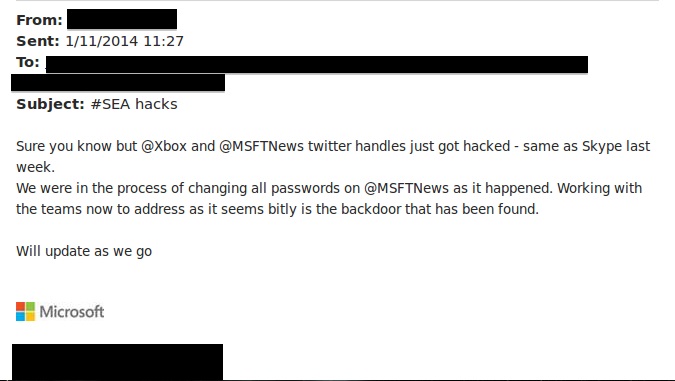 The Syrian Electronic Army appeared to have access to internal communication which probably fears Microsoft because the extent of penetration is not yet known.  This means  unless Microsoft tightens its belt on Security, it can be scares for a company which ships products every year.