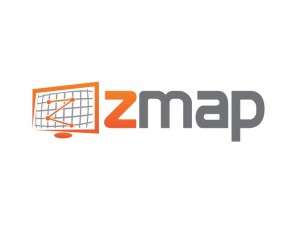 Security researchers from University of Michigan have come up with an amazing tool to scan the internet.  As per the reports, the scanner can scan the entire web in 45 minutes which sounds almost a miracle.  Often security testers used nmap for their scan which took a long time scanning their targets but this research tool possibly has revolutionized the way things work for pentesters. This tool, which the team presented at the USENIX  Security conference last week, is open-source and freely available for other researchers to use.

As per Threatpost ” To demonstrate the capabilities of Zmap, the Michigan team, which comprises J. Alex Halderman, an assistant professor, and Eric Wustrow and Zakir Durumeric, both doctoral candidates, ran a scan of the entire IPv4 address space, returning results from more 34 million hosts, or what they estimate to be about 98 percent of the machines in that space. Zmap is designed specifically to bypass some of the speed obstacles that have slowed down some of the previous large-scale scans of the Internet. The researchers removed some of the considerations for machines on the other end of the scan, for example assuming that they sit on well-provisioned networks and can handle fast probes. The result is that the tool can scan more than 1,300 times faster than the venerable Nmap scanner”

“While Nmap adapts its transmission rate to avoid saturating the source or target networks, we assume that the source network is well provisioned (unable to be saturated by the source host), and that the targets are randomly ordered and widely dispersed (so no distant network or path is likely to be saturated by the scan). Consequently, we attempt to send probes as quickly as the source’s NIC can support, skipping the TCP/IP stack and generating Ethernet frames directly. We show that ZMap can send probes at gigabit line speed from commodity hardware and entirely in user space,” the researchers say in their paper, “Zmap: Fast Internet-Wide Scanning and Its Security Implications”.

“While Nmap maintains state for each connection to track which hosts have been scanned and to handle timeouts and retransmissions, ZMap forgoes any per-connection state. Since it is intended to target random samples of the address space, ZMap can avoid storing the addresses it has already scanned or needs to scan and instead selects addresses according to a random permutation generated by a cyclic multiplicative group.”

The stateless scanning allowed Zmap to get both faster response times and better coverage of the target address space. Last year the team ran 110 separate scans of the entire HTTPS infrastructure, resulted in a finding of total of 42 million certs. They only found 6.9 million certs that were trusted by browsers. They also found two separate sets of mis-issued SSL certificates, something that’s been a serious problem in recent years which will change a lot over time.

Full paper can be found here on zmap : here